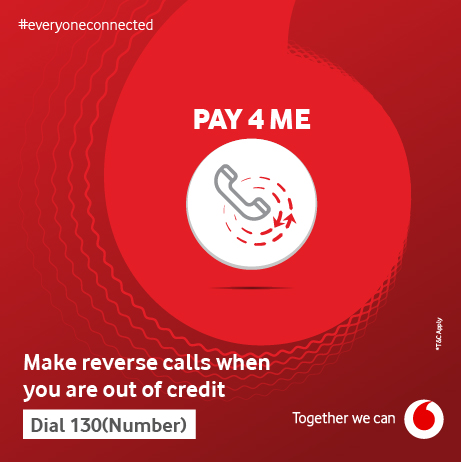 How much will I be charged for using the Pay4Me service?
There are no charges incurred to the A-Party number. The Called number (B-party) is charged at a rate of 1 toea per second during Peak hours and ½ toea per second during Off-Peak hours. This is a standard charge. Charging from account balance types (On-Net Time, Loaned Credit and Real Credit) will be the same as normal calls.

Can I use the Pay4Me service to send requests to off-net numbers and Postpay Numbers?
No, this service is only used for Prepaid mobile numbers.